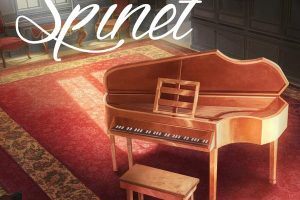 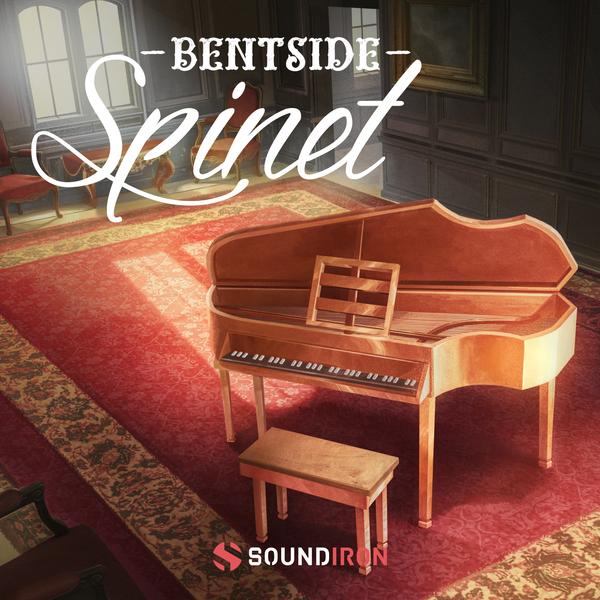 Bentside Spinet derives from spinetta, a word used for all quilled instruments in 17th-century Italian. The spinet was a preferred household keyboard since it took up less room than the harpsichord, produced a dark & quiet tone, and was aesthetically stunning. As one of the precursors of the pianoforte, the oldest artifact is dated 1490, but started to gain popularity around 1631. By the 18th century, bentside spinets were found all over Europe and were used for daily home entertainment and musical instruction. The instrument shape resembled a harp laid horizontally, with the keys in the position of the sounding-board. As a result, the spinet produced a rich and sustained timbre, but darker and less brilliant than the harpsichord. It had a five octave range with natural keys re-covered with ebony and ivory topped accidentals, giving it a strikingly memorable look.We recorded each key of Bentside Spinet in stereo close and far mic positions with 8 round robin, as well as note releases and key sound effects. Then we rounded out the natural tone of this baroque keyboard with 20 ambient soundscapes and 20 custom FX presets to launch your musical time machine right into a European parlor… Good luck at your dinner party. 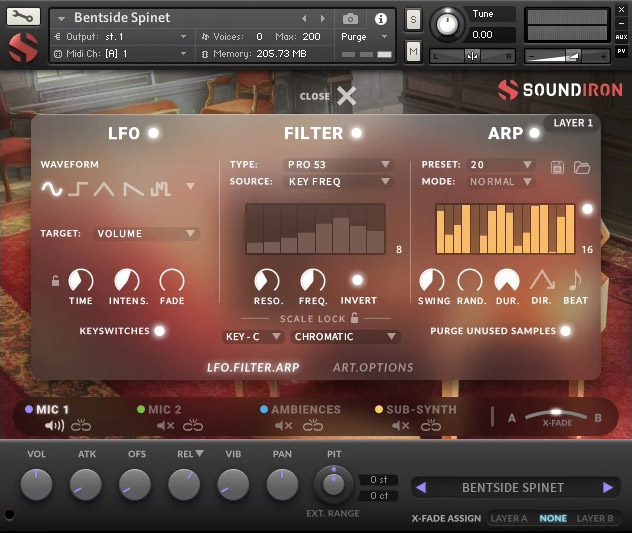 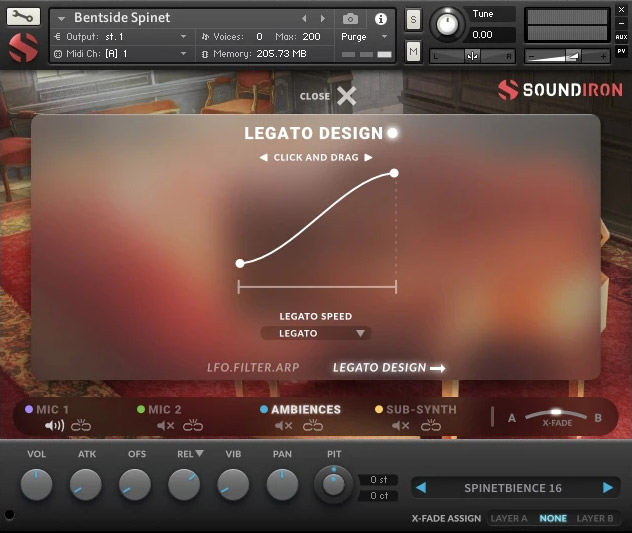