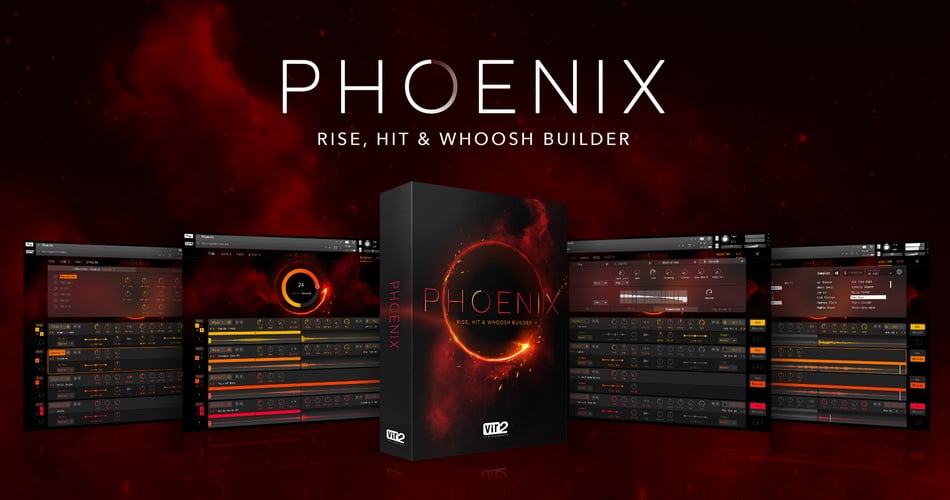 Vir2 Phoenix Rise Hit and Whoosh Builder v1.0 KONTAKTVir2 Instruments is proud to present Phoenix: Rise, Hit & Whoosh Builder. Phoenix is an essential tool for all matter of cinematic and commercial productions. From the soft whoosh of a passing ghost, to the devastation of a train wreck scene, it’s never been easier to get the sound you need for that critical moment.Phoenix is an elite cinematic tool for building the perfect dramatic moment that will leave audiences on the edge of their seats. This instrument provides seven hundred production-ready sounds and powerful interface for quickly layering rises, impacts, and whoooshes.Using up to eight powerful engines, you can perfectly time your tension and release for the greatest impact. Harness the limitless power of Phoenix to hone your sound to the perfect rumble, timbre, and crash!Phoenix comes with 700 unique samples right out of the box, but rising from the ashes of competing tools is the ability to load your own .wav or .aif samples right into the interface. This gives you the choice of using our meticulously selected and edited sound set or going full custom with whatever sounds you choose. Let Phoenix do all the hard timing work for you!Other features include a beat/time sync on Risers and Whooshes, a full effects rack, mirroring, filtering, Rise and Whoosh timing control, and the ability to trigger all the engines together or independently with ease.Our vision for Phoenix is a sound tool for composers and sound designers of films, video games, trailers and more, that will deliver tension and release without requiring a huge learning curve. Even though Phoenix is simple to use, this instrument is deep and powerful so let your creativity soar!Getting Started Phoenix allows users to load up to eight separate sound sources (including user samples) in the eight engines. Any Rise and Hit engines can be changed into a Whoosh engine. Whooshes utilize dedicated whoosh samples. The interface is laid out so that all the vital controls for each engine are always close to your fingertips no matter what page you have selected. Let’s take a look at these engine controls as well as the four pages in Phoenix and see how they work.System Requirements:For Mac users, this library requires OS X 10.13 and above, i5 or higher, and a minimum 4GB of RAM.For Windows users, this library requires Windows 7 and above, 32bit or 64bit compatible, Intel Core i5 or equivalent CPU.The library requires approximately 10GB once installed.It has not gone on sale yetRequires Kontakt Player 6.6.0 and higher请使用 KONTAKT 6.6.0 或更高版本打开https://www.vir2.com/instruments/phoenix-rise-hit-whoosh-builder/