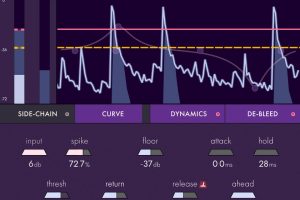 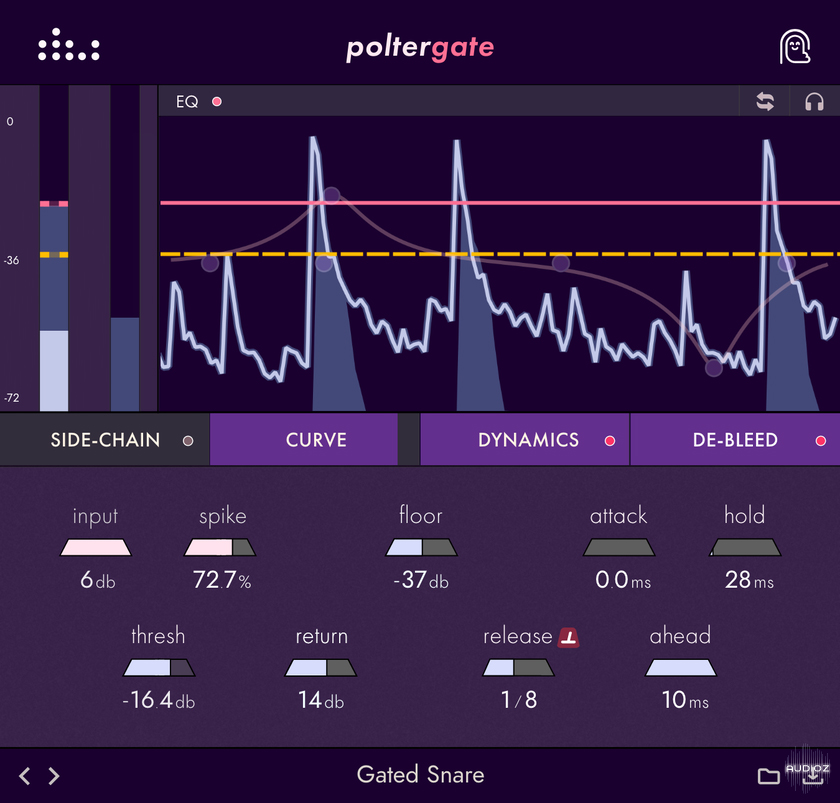 RELEASE NUMBER: FLARE-1772/FLARE-1773
Sound shaping from beyond
poltergate fuses the powers of transient design, gating and de-bleeding into one. Shape live drums, samples or any source you like in a swift, creative and intuitive way. Achieve better noise reduction, instrument separation and de-bleeding in a plugin optimised for power, fast results and creativity.

Creative Looping
Use the poltergate creatively thanks to its extended feature set and go a bit crazy if you want to! For example, use the EQ graph and spike to target whatever instrument you would like to use in a sampled loop. Then set the release to sync the tempo and even automate it to create rhythmic effects, using the curve feature to tweak the feel of it. Then, with the dynamics section, exaggerate the attack or the fat, even going into clipping territory to turn it into something really different.

poltergate your kick
Save time by shaping your kick quickly and in a simple flow. Watch how handy it is to have the side-chain EQ and de-bleeder at hand.

Bleed shall not pass!
We created our own de-bleeding algorithm to achieve the precision we wanted. With just three intuitive knobs, you can keep the bleed out while preserving both the punch and the resonance of the drum. It’s triggered by the same threshold as the gate, so you can save time by adjusting both the gate and the de-bleeder at once rather than separately. Takes care of that cymbal spill and low end rumble on toms like nothing else.

Full control over your dynamics
The dynamics tab combines limiting, clipping & transient shaping. Exaggerate the attack or punch, even going into clipping territory to turn it into something really different.