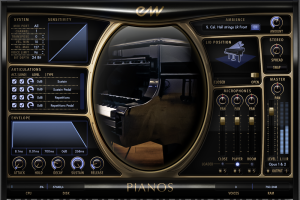 BOSENDORFER 290
Far mellower than the Steinway D, the Bosendorfer 290 excels in both light & bouncy and legato & sustained passages. Rather than aspiring to the grandeur of its brighter rival, it prides itself on buttery smooth performances. When you engage the sustain pedal, this smoothness increases tenfold and lends this Bosendorfer the power and richness of an entire orchestra.

A LEGENDARY COLLECTION
Pianos was created with a singular goal: to fully capture every sonic detail possible from 4 of the most sought-after grand pianos in the world by any means necessary. With 3 individual mic positions, 8 separate articulations, and up to 18 velocities per note for each articulation, the detail and stereo image of every piano is highly customizable to your exact performance and mixing needs out of the box. You can easily mix multiple mic positions and simulate the damping effects of a real grand piano lid for each instrument, giving you full performance flexibility. 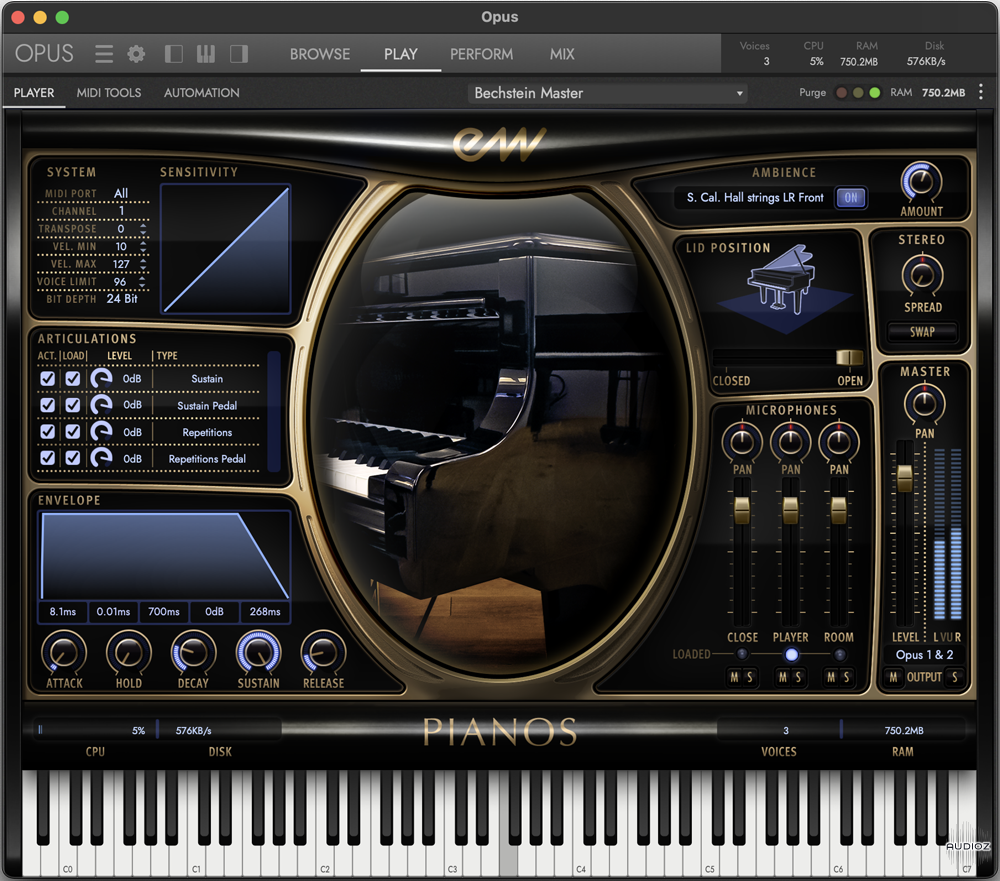 UNPARALLELED REALISM
Listen to any of the audio demos of Pianos, and you’ll find it difficult to believe the performances weren’t recorded live in a concert hall. Every piano (Steinway, B&#246;sendorfer, Bechstein and Yamaha) has enough fine detail to suit everything from quiet, subdued passages to virtuoso performances–and you can push their dynamic range as hard as you need to, effortlessly jumping between pianissimo and fortissimo as desired. Pianos seamlessly transitions between 7 different articulations: sustain, sustain with pedal, repetitions, repetitions with pedal, soft pedal, soft pedal with sustain pedal, and staccato, with individual release trails.