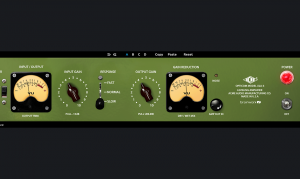 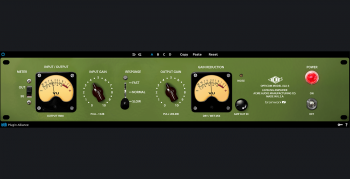 The ACME Opticom XLA-3 is a powerful and flexible optical compressor. The plugin has been developed in close cooperation with Brainworx.

Glorious tube sounds and opto-electric vibe, featuring steel covered military-grade components. Slap it across the drum buss for solid and seamless LA-2A style leveling. Force vocals through the input to add grit and attitude to a wimpy take.

A unique “Amp Mode” allows you to to add harmonic color to your signal without even touching the dynamics.

Brainworx faithfully emulated the XLA-3 and captured these features in plugin form, and several new features were added to the plugin version, including a parallel mix knob, an output trim control, and an adjustable noise floor. All of the complex and sonically beautiful behavior of the hardware has been faithfully captured in the plugin version.

Drive the input. Set the behavior. Level to taste. Done.

Features
Unique opto-electric circuit that combines the best characteristics of 3 separate compression curves in one unit – from clean to dirty!
Smooth and seamless ‘LA-2A’ sound plus optional even-harmonic distortion
In Amp Mode this becomes a “tone box” – adding color and distortion without reducing dynamics
Saturate with Output Gain, and attenuate to taste with the added Output Trim
Several plugin-only features not available on the original hardware

A) The first big change happened between All Bundle v3.0 and v3.1. Before
v3.1, there are no antidebug, antitamper, antirebuild things. There were
just C&R protection using SHA256/RSA2048/RC4/BASE64.

From v3.1, PA adopted protector which we call PA-Layer. (To be honest we
don’t know the actual name of that protector. It looks different from the
popular cross platfrom protectors like VMProtect).

We developed custom loader for the Anti PA-Layer and released in short
term (v3.1, last PA full bundle for public till now). But PA updated
the protection immediately for Anti-Anti PA-Layer. Anyway, it is just a
small change. Maybe they would update the protection again after a while.

Q) Why did some plugins continue to be cracked?

A) PA-Layer is adopted to the plugins developed by Plugin Alliance
(Brainworx) self. 3rd party plugins like Lindell, Unfiltered are not
protected by PA-Layer.

Q) What the bad point of PA-Layer? Is it removed from R2R release?

A) Slow loading time, performance affection. If you want to compare the
performance, compare the latest one with the one from PA All Bundle v3.0.

Load many plugins -> Save Project -> Close DAW -> Reload It!

You can notice the big difference between them.

Unlike our full rebuilt iLok releases, PA-Layer is still there in our
releases and you will have any bad points of PA plugins.

Q) Why AAX got cracked and appeared beside the VST version?
Is AAX protected weaker than other plugin platform?

A) Yes, AAX is protected much weaker. While core protection (C&R and related
crypto) is still obfuscated/virtualized in AAX. We guess this is because
AAX needs digital signature by Avid, and some integrations of PA-Layer
conflict with it.

NOTE : AAX Crack by VR will crash randomly due to the bad bomb dealing.
It delays the crashing but it still crashes by some random seeds
(time64) and working time.

Q) How long does it take to crack all plugins?

Q) I thought R2R was paid by Plugin Alliance to stop cracking.

A) We thought you were paid to complain R2R.